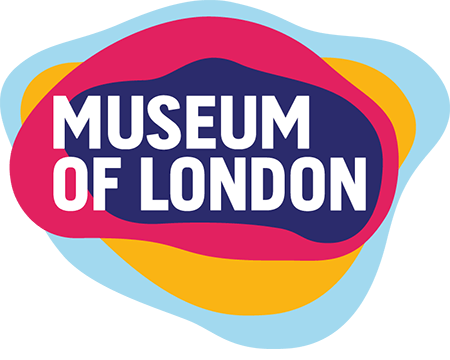 Votes for Women was a temporary exhibition at the Museum of London between February 2018 and March 2019.

In December 1918 British women walked shoulder to shoulder with their husbands, brothers, fathers and sons to vote, for the first time, in a general election.

The exhibition, marked the centenary of Votes for (some) Women, and revealed the extraordinary struggle to achieve female representation in parliament. Featuring key items from the museum’s unique Suffragette collection, it reflected particularly on the legacy of the militant Deeds not Words campaign and the lives of the women and men prepared to risk arrest and imprisonment for the cause.

From the spectacle of beautifully choreographed processions to the violence of window smashing, arson, attacks on artworks and the brutality of prison hunger strikes and force-feeding, the campaign continues to divide opinion. But above all, the Suffragette story represents comradeship and a shared commitment to challenge an unjust, male-dominated society.

Watch an introduction to the exhibition

1913: Three years' penal servitude for incitement to place an explosive in a building

In April 1913 the Suffragette leader received a sentence of three years' penal servitude for incitement to place an explosive in a building. In prison she went on hunger and thirst strike and was quickly released under the terms of the Cat and Mouse Act. So began a pattern of hunger strike, release, recuperation and re-arrest that lasted several months.

During each period of release from prison Emmeline was nursed by Catherine Pine in a number of safe houses. Unlike her fellow Suffragettes, Emmeline was never force-fed by the authorities. This brutal treatment was regarded as too controversial to inflict on the 54-year-old leader.

Emmeline's hunger strike medal was presented to her in 1912. That year she had been sentenced to two months in prison for throwing a stone at the Prime Minister's residence 10 Downing Street and nine months for conspiring to incite 'persons to commit malicious damage to property'.

This feather fell from a hat worn by Emmeline Pankhurst as Suffragettes attempted to 'rush' the House of Commons in October 1908. The protest led to the arrest of Emmeline on a charge of 'inciting riot' for which she received a sentence of three months' imprisonment. The purple, white and green colour scheme of the Women's Social and Political Union gave Suffragettes a clear visual identity and was popularised by a range of fashion accessories.

This delicate shoe decorated with black satin and beadwork, fell from Emmeline's foot during scuffles with the police at a demonstration. The shoe represents the Suffragette leader's determination to retain her feminine dignity during confrontational protest but also reveals her slight, fragile stature. At the height of the bitter votes for women struggle Emmeline was in her 50s.

THE CAT AND MOUSE ACT

The Prisoner's Temporary Discharge (for Ill Health) Act referred to in this poster was passed by the government in 1913 to prevent the death of hunger-striking Suffragette prisoners. The act allowed for the temporary release of weakened prisoners and their re-arrest once recovered. Suffragettes satirically renamed this 'letting them go; then catching them again' policy 'The Cat and Mouse Act'. Many managed to evade re-arrest by hiding in 'safe' houses.

1909: One month's imprisonment for taking part in a demonstration

Louise Eates was Honorary Secretary of the Kensington WSPU branch. In March 1909 she was sentenced to a month in Holloway prison for taking part in a demonstration at Parliament Square. Members of the Kensington branch presented Louise with a pendant on her release. Louise was introduced to the suffrage cause by her GP husband. Under her co-leadership Kensington became one of the largest of the WSPU branches and raised considerable funds for the campaign. Louise also played a key role in the Hyde Park demonstration in June 1908 as both a speaker and Chief Marshall of the Kensington processions.

The Kensington branch of the Women's Social and Political Union presented this symbolic pendant to their Honorary Secretary, Louise Eates on her release from prison. Designed and made by the enamellist Ernestine Mills it depicts a kneeling angel comforting the prisoner behind a barred window with a song of hope.

Kitty was first imprisoned in 1910 for throwing a potato at the residence of the Home Secretary, Winston Churchill. The following year she spent 10 days in prison following arrest during a deputation to the House of Commons. In March 1912 she returned to Holloway with over 200 Suffragettes arrested for smashing windows. Kitty was a member of Emmeline Pankhurst's bodyguard who were trained in jujitsu and carried Indian clubs. In 1913 she was charged with assaulting a police officer during the re-arrest of Emmeline Pankhurst.

This silver necklace commemorates three terms of imprisonment served by Kitty Marshall for Suffragette militancy. The wing and cell numbers occupied by Kitty during her time in Holloway prison are engraved on the reverse.

A talented artist, Kitty made this set of patience cards whilst in Holloway from four postcards found in a prison library book and the sides of a box. The ink, she wrote 'I got through writing to the Home Secretary and the red colour out of a red book from the library....With a little water and an old stick I found in the prison yard'.

Janie joined the Women’s Social and Political Union in 1908. In 1910 she formed a WSPU branch in Pinner and became Honorary Secretary. Her husband, Manuel, was a member of the Men’s Political Union. The couple hosted WSPU garden parties in the grounds of their home to raise funds for the campaign. In March 1912 Janie was sentenced to four months’ imprisonment in Holloway for smashing windows.

This handkerchief was presented to Janie Terrero by imprisoned Suffragettes in January 1912. It includes the embroidered signatures of window smashers who shared the same wing at Holloway prison. It is possible the gift refers to Janie’s donation of a Christmas hamper to the prisoners.

The police summons issued on 1st March 1912, requires Janie Terrero to attend Bow Street Court to answer the charge of ‘wilful damage’ for window smashing. During her imprisonment in Holloway Janie joined fellow Suffragettes on a hunger strike and was forcibly fed.

1912: Two months' imprisonment with hard labour for smashing a window

Winefride Rix was arrested on 4th March 1912 when taking part in the WSPU window smashing campaign. For breaking a window in the War Office she was sentenced to two months' hard labour in Holloway Prison. This was Winefride's first and only term of imprisonment. Married to a solicitor, Winefride lived in Tonbridge, Kent and had a 12 year old daughter. Although little is known about Winefride's militant activity it appears that she, along with other Suffragettes, boycotted the 1911 population census in protest against not having the right to vote.

Holloway brooch, was presented to Winefride on her release from prison. Designed by Sylvia Pankhurst, it incorporates a silver portcullis, representing parliament, with a central, enamel convict's arrow in the purple, white and green colour scheme of the Women's Social and Political Union. All Suffragette prisoners were entitled to the brooch in recognition of their commitment to the cause.

Winefride wrote this letter to her 12-year-old daughter while in prison. Together with the calendar she made to cross through her days in Holloway, it represents the harsh reality of imprisonment and separation from children.

Winefride's prison calendar is written on the reverse of a label which was tied to a box of apples sent into Holloway by her husband. Unlike many of her fellow Suffragettes, Winefride did not go on hunger strike whilst in prison.

Mary Leigh and Edith New had both given up their teaching careers to become involved in the militant suffragette campaign. On 30 June 1908 they carried out the first window smashing attack when they broke windows at 10 Downing Street, the official residence of the British Prime Minister. On their release from prison after serving two months they were greeted by a delegation of suffragettes that included Christabel Pankhurst.

The first Suffragette window-smashers hold aloft prison bread, on their release from Holloway.

Suffragette prisoners often removed loaves of bread from Holloway as a souvenir of their imprisonment. This loaf was carefully preserved and gifted to the Museum in 1950.

The Women's Social and Political Union suspended their 'deeds not words' direct action campaign on the outbreak of World War I. Suffragette militancy had failed to secure the vote but did ease the way for all women to take a more active role in society. In 1918 a limited number of women over the age of 30 were given the parliamentary vote. This right was extended in 1928 to all men and women over the age of 21 years.

This march, organised by Emmeline Pankhurst at the request of the government, was intended to encourage women to sign up for war service. Once sworn enemies, Emmeline and the government united on the outbreak of World War I to defeat the common enemy.

Christabel Pankhurst, the daughter of Emmeline stood as the Women’s Party candidate for Smethwick in the general election of 1918. Despite receiving over 8,500 votes Christabel lost to the Labour candidate. This marked the end of her involvement in politics.

This suit was worn by Nancy Astor, the first female MP to sit in the House of Commons. As Conservative MP for Plymouth from 1919 Nancy campaigned on a range of social issues including nursery school provision, gender equality in the Civil Service and female suffrage.

FIND OUT MORE ABOUT THE SUFFRAGETTES FROM THE MUSEUM COLLECTION